OUR NETWORK: CompTIA TechLore DijitCommunity TiVoCommunity MyOpenRouter About UsAdvertiseContact Us
The Largest Online Community
for Software CEOs and Executives.

Eric Ries is something of a wünderkind in the startup world: kind of like the brainy professor who makes learning fun, even while he's pointing out all your stupid mistakes.

Ries is the creator of The Lean Startup  methodology and the author of the oft-cited blog for entrepreneurs, Startup Lessons Learned. He's written a book around his method, called, of course, "The Lean Startup."

Ries is not just a talking head; he has a serious credentials as a software entrepreneur. He co-founded and served as CTO of IMVU,  he was a senior software engineer at There.com, and he's the co-author of several books,  including "The Black Art of Java Game Programming."

In 2007, Businessweek named Ries one of the Best Young Entrepreneurs of Tech, and in 2009 TechCrunch gave him a TechFellow award in the category of Engineering Leadership. He serves on the advisory board  for several tech startups, and in 2010 he became an Entrepreneur-in-Residence at Harvard Business School.

We recently talked with Ries to ask him what advice he'd offer to software entrepreneurs; we got an earful. 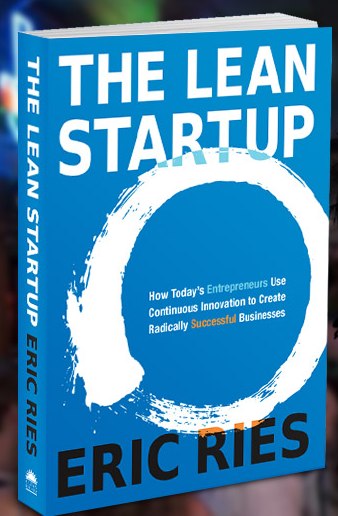 Tip #1: Your plan is probably wrong.

"The biggest mistake entrepreneurs make is assuming the plan they have made makes sense," Ries says. "When we have an idea, we're immersed in it, and it seems better and better every day. But most often we fail because there's something wrong with the plan.

"Every plan has what I call a leap of faith assumption, and if the underlying facts are not true, the business is doomed. There are two categories of assumptions. One is value: Will the customer find the product valuable? The second is growth: Assuming the people do find it valuable, how will additional people find the product?

"At one of my companies, we spent five years in stealth R&D mode and raised tens of millions of dollars. We had an incredible launch; it was all over the press. The problem was the product we were launching didn't have enough mainstream appeal.

"In a big failure like that, it's difficult to untangle the root causes, but I think the biggest problem was we believed our plan. We just wanted confirmation that we were right, and we weren't doing enough experimentation and testing.

"Now, there are much worse products that are still alive. If if we had prosecuted it differently, it would probably still be alive today."

Tip #2: Test your assumptions before you build (let alone launch).

"We take each assumption and test empirically as quickly as possible," says Ries, "instead of waiting for the big launch, where the cost of failure is fatal.

"We want to work backwards: How can we get immediate feedback? One of the great things about software is that the cost of test has really come down. Build a minimum viable product, isolate a specific thing you're trying to learn, and immediately test it.

"Your assumption is, 'If I had a certain product for sale, people would buy it.' Well, that's easy to test. Create a web page, tell people what you're offering, invite them to sign up to preorder -- then test to see if anyone does.

"You should be so lucky that you have to apologize if you don't have the product ready yet -- they'll get over it. Eighty percent of the time that I have seen this test conducted, no one had to apologize, because nobody had signed up."

That sounds reasonable, we said, but how do you get the people to your newly-created web page where you're testing your product idea?

"It depends on the target customer," Ries says. "The easiest way is to buy advertising in small amounts, In my last startup, our initial marketing budget was $5 per day -- we paid 5 cents per click -- and that equals a hundred human beings coming to our experiment everyday. Those that signed up, we could talk to them.

"We didn’t know what keywords to buy at first -- we had to learn from scratch -- but when you're spending a small amount of money, you can't screw it up that bad."

More By This Author

Please log in or register to participate in this community!